I regularly injure one of my fingers. Mostly small cuts. I already have these special finger patches. And since Rona is here, with so much washing hands, I also use rubber gloves for wet work…anyway…I mean: I ma really experienced when it comes to cuts on my fingers.

I always watch these little injuries very closely, because I want to get rid of the stupid bandage and am always amazed at how quickly such a “wound healing” takes place. The current one was a deep cut in the middle finger directly into the crest, of course the nail was hurt as well. Everything else would be too boring.

I have had to cope with many accidents and many health issues in my life and I am still at it, and when I admired my finger, I noticed that it always went quite smoothly. That I very often, luck in misfortune, did the right thing, so that everything healed quickly. So that I healed quickly. Whether it was my bones, my brain (oh I can’t count the concussions and I’ll tell you about the brain hemorrhage another time) or my voice.

I loved to sing for my life, already at the age of 4, on the indoor swing. It was clamped between the two door frames of my nursery. Just the way it was done in the 70s. Our apartment in the south of Stuttgart was large and usually all doors were open and it echoed nicely. I told my days story by singing an improved tune. While my parents worked, cooked food or did something else. It was bliss on that swing. I told stories, I sang. Today I would say it was Björk inspired. But I didn’t know Björk at that time yet.

Then when I was about 14, an English teacher at my school gave me some “singing lessons.” She played the piano well, had a clear voice herself, and helped me rehearse Schubert songs. Those were lessons I treasured like nothing else. I learned how use the diaphragm as support and diligently did my exercises with corks in my mouth in front of the mirror.

What unfortunately became clearer and clearer: before concerts I was excited and unfortunately this also showed itself from time to time in the fact that I became hoarse. So sometime later I went to the specialist at the biggest hospital in town, a professor, and had myself examined. I went alone. He found nothing, the tissue was ok and the vocal cords were closing.

He just said: I probably had to do psychotherapy because he thought it was due to my nervousness. It was the 80’s and all I could think of was: “great, I’m crazy and that’s why I can’t sing”. He banned me from singing for 1 year!

And I was so afraid of losing my voice that I kept to it almost completely. Anyway. When I experienced a lot of new things not even a year later in a new school with a different language, I had practically forgotten this examination and thought to myself: oh, singing a little jazz and soul, that can’t hurt. And it didn’t.

When I got hoarseness again at about 30 and had myself examined; a band  that wanted to take off, singing students who counted on me; I was banned from singing again. Flashback. In the middle of my independence I was no longer allowed to work. Even teaching was forbidden to me.

That’s when my big search began. I knew right away: now you have to go to that damn psychotherapy. So I made appointments.

I remembered a great experience from college and I called the Lichtenberg® Institute and made the first appointment for a seminar there.
My body had so many problems that most of the doctors I went to for treatment anyway had no clue, at to what was wrong with me.  But you know the wonderful story from my last blog, how the knowledge of Anthony William helped me.

But that’s how it started. Many years later and many helpful but often painful events later, I was allowed know what was going on. Understand what was going on with my voice. What is going on with voices that seem to give up for no reason. Soon after I started going to Lichtenberg regularly and got over my first hump, people came to me, wanting me to help them with their hoarseness, to solve their problems with their voice, to help them overcome the fear they associated with singing.

Of course, there were also those who just wanted to sing. Or just learn to use their speaking voice better: I won’t forget one studen, because he wanted speaking voice lessons from me, although I didn’t offer that at all, I was irritated and asked why he chose me for that. He just said, “I just knew you could do it.” He called it the ‘Julie effect’ that he brought home and into the recording studio when he came in freshly fueled from an hour with me. He believed in me. At a time when I didn’t even realize it yet. Not only had I had a lousy experience, I had learned so many new things and could pass them on.

I know it’s always so much like a Sunday-talk, but it’s sometimes really helpful to realize in a crisis that you’re about to learn something new that will almost certainly do you good. My tough road has taught me a lot. I have fought my way through and first ‘healed’ myself and then I was able to help others.

Back to the finger: Band-aids are great, but the real work is done by the body itself. Self-healing is the key and I have the knowledge and tools to guide you so that your system can reorganize itself. Sometimes this is a bit chaotic at first, but then, yes, it becomes magical. Why that is, I’ll tell you another time. One more thing: what the un-named speech student did at that time, was to lend me trust. He believed in me. Let me tell you: I believe in you! I guess that’s a bit of US American vibe I carry in my heart: believing in people is what I do so well

Photos by the amazing Vanessa Berghof and the wonderful Alexander Griesser of a young Julia, just at the time when once again the world seemed to be falling apart. 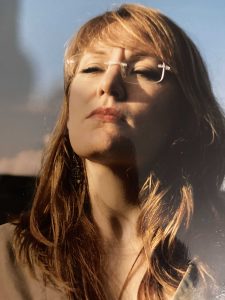 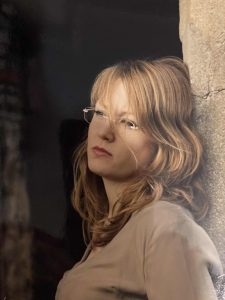 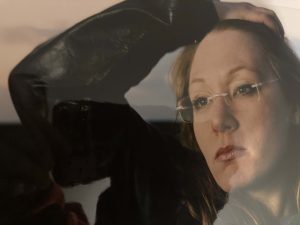